Facebook’s growing popularity has made it a gateway for viruses and other malware to attack your computer.

So, you like to use Facebook applications. You know who you are: the farmers and city builders, the daily horoscopes and questionnaires, the epic Knights and mobsters. Well Facebook apps are fine and dandy, but did you know that you can get viruses or other forms of malware through Facebook, or even have your identity stolen? It’s true.

Malware basically refers to any piece of software that’s intended to cause undesirable effects in your computing experience. This might include something as innocuous as spamming you with advertisements, or something as nefarious as stealing your online banking credentials. Because of how sophisticated modern Internet browsers are and because of all the fancy stuff you can do right from within your browser window, one of the things hackers like to do most are called client-side exploitations, which is just a fancy way of saying that they hack you through your Internet browser.

You see, the important thing to know about these kinds of attacks (and make no mistake about it, it is an attack – what would you call it if a mugger on the street attempted to snatch-and-grab your purse? An attack, right?), is that they usually require a little help from you. That could mean you clicked on a link on a website, opened a document such as a PDF or other file, or in this case added a new application to Facebook.

Most often, the way people become ‘infected’ with these bits of malware through Facebook is by the installation of an application. A popular scam that has been perpetuated before involved a friend sending the user a message saying, Someone has a crush on you! Click here to find out who! When the link was clicked, the user was asked to allow the application to install through Facebook. Facebook has warnings and disclaimers about what types of information the application will be able to access, but most people simply click ‘Accept’ to allow the application to install. At this point, the application takes a look through your friends list and begins to spam the same message out to each of them, hoping they too will install the application. Usually the victim isn’t even aware that these messages are being sent out. This is the malware trying to spread itself without your knowledge, and it’s really annoying to your friends and family.

Why am I being attacked?

Usually these applications are interested in sending spam or advertisements to people, but sometimes their aim is much worse. By taking advantage of insecurities in your actual Internet Web Browsing software (Internet Explorer or Mozilla Firefox, for instance), the malware is actually able to make the leap from Facebook onto your computer. At this point, all bets are off, and malware designed in this way is usually designed to do very nasty things, like steal information used to make purchases online (credit card numbers, logins and the like).

How to protect yourself

So I’ve just described a worst-case-scenario involving the addition of some Facebook applications. The statistics on identity theft are staggering, and they continue to grow each year. With more awesome and fun stuff to do out there on the Internet and on our mobile devices, bad guys are finding more ways to get us. How can we possibly protect ourselves from these determined criminals?

Here are some pretty simple practices you can follow to make yourself just a little bit more safe; on Facebook or otherwise:

Anyway, have fun with Facebook. As a kid who spent a lot of time on the Internet growing up, nobody is more excited than I am about the evolution and growth of the Internet and the technologies that make more awesome interaction with other people possible. As a security consultant, I am very concerned about the possibilities and challenges we face with this same innovation and growth. I’ve seen folks on Facebook that I never thought I would, and that just goes to show you how massively appealing this medium is to such a wide audience. Just remember that conmen are always looking to find and exploit new audiences. 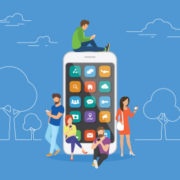 You installed malware on your own computer

Phishing with fraudulent emails from your bank: how to spot and stop them

How Your Company Can Benefit from Managed IT Services
0 replies

Want to join the discussion?
Feel free to contribute!

Deploying a Unified Email Signature Template in Outlook Phonebooks are dead; your business needs a website
Scroll to top